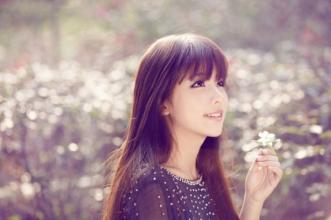 Or how does itassist me to plan my behavior, to know that his happiness is anyhow absolutely complete? In themiddle of the century just past, Mayne Reid was the great writer of books of out-of-dooradventure. He was forever extolling the hunters and field-observers of living animals' habits, andkeeping up a fire of invective against the "closet-naturalists," as he called them, the collectors andclassifiers, and handlers of skeletons and skins. When I was a boy, I used to think that a closet-naturalist must be the vilest type of wretch under the sun.

But surely the systematic theologians arethe closet-naturalists of the deity, even in Captain Mayne Reid's sense. What is their deduction ofmetaphysical attributes but a shuffling and matching of pedantic dictionary-adjectives, aloof  frommorals, aloof from human needs, something that might be worked out from the mere word "God"by one of those logical  which recent ingenuity has contrived as wellas by a man of flesh and blood. They have the trail of the serpent over them. One feels that in thetheologians' hands, they only set of titles obtained by a mechanical manipulation ofsynonyms;verbalityhasstepp(are) edinto(a) the place of vision, professionalism into that of life. Insteadof bread we have a stone; instead of a fish, a serpent.

Did such a conglomeration of abstract termsgive really the gist of our knowledge of the deity, schools of theology might indeed continue toflourish, but religion, vital religion, would have taken its flight from this world. What keepsreligion going is something else than abstract definitions and systems of concatenated adjectives,and something different from faculties of theology and their professors. All these things are aftereffects,secondary accretions upon those phenomena of vital conversation with the unseen divine,of which I have shown you so many instances, renewing themselves in saecula saeculorum in thelives of humble private men.