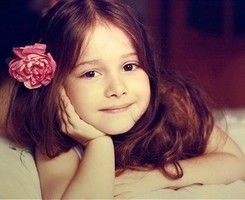 Actually, most of the power.

Okay, most of the power . But the irony I see here is that both genders think they are handling the thankless tasks, while the other is having all the fun. Men resent the women who are attempting to take back some of their power, because men say they’ll be damned if they’ll do all that they do for the culture, and not at least have the power it takes to do it.
Women resent men keeping all the power, saying they’ll be damned if they’ll continue doing for the culture what they do, and still remain powerless.

Thank You. I got that. So, getting back, first it was females who had power over males, and now it is the other way around. And males invented the devil in order to wrest this power away from the female tribal or clan leaders?

Yes. They used fear, because fear was the only tool they had.

Again, not much has changed. Men do that to this day. Sometimes even before appeals to reason are tried, men use fear. Particularly if they are the bigger men; the stronger men. (Or the bigger or stronger nation.) Sometimes it seems actually ingrained in men. It seems cellular. Might is right. Strength is power.

Yes. This has been the way since the overturn of the matriarchy.

How did it get that way?

That’s what this short history is all about.


Then go on, please.

What men had to do to gain control  was not to convince women that men ought to be given more power over their lives, but to convince other men.
Life was, after all, going smoothly, and there were worse ways men could have to get through the day than simply doing some physical work to make themselves valued, and then have sex. So it was not easy work visa hong kongfor men, who were powerless, to convince other powerless men to seek power. Until they discovered fear.
Fear was the one thing women hadn’t counted on.
It began, this fear, with seeds of doubt, sown by the most disgruntled among the males. These were usually the least “desirable” of the men; the unmuscled, the unadorned—and hence, those to whom women paid the least attention.